In this article from Inman News, the author compares the debate to make real estate agents’ performance data public to potential customers to Moneyball, which was made popular by major league baseball in the early 2000’s.

Moneyball is the controversial technique which uses sabermetrics to scout baseball players and build winning teams. It’s safe to say that when it was first introduced, the world of major league baseball was largely suspicious of it. But when it helped the Boston Red Sox win their first World Series in over 60 years, breaking the fabled curse, Baseball changed its tune and began to the technique.

Can the Real Estate Industry Do the Same?

Agents are certainly more than their performance indicators (how many homes an agent has shown, sold, etc.), but those factors could ultimately help potential buyers find an agent they’re happy with—boosting the customer-agent connection in the process.

According to the National Association of Realtors, referrals made by friends, neighbors and family are still the number one way consumers find and select their real estate agent.  I know I personally would be more apt to work with an agent recommended to me by a close friend or family member vs. one that I blindly found on the internet.

However, more than 70 percent of those same consumers say that even after they received a trusty referral from a friend or family member, they would still look up the recommended agent on the internet regardless of the referral.

Not only do consumers want data to back up recommendations, they’re curious to see if the agent who worked out for their friend will also work out for them.

Everyone has different preferences as well as expectations. What worked for your friend may not work for you. And this is where performance indicators would come in handy for potential customers.

Give Us the Numbers!

Buying, renting or selling a home is a big deal and potential customers want to know: How often does the agent represent sellers or buyers or either? Where is the center of the agent’s geographic knowledge and experience? How successful is the agent in selling the listings they take on? What is the agent’s customary home price range? And how often are the agent’s client’s offers accepted?

The article’s author thinks it is surprising that we as an industry have not already figured out how to use these performance indicators more effectively in communicating with potential customers. But then again, the author points out that it took baseball 100 years before it began to nudge aside “this guy looks great in a uniform” as a valid way to effectively scout players. 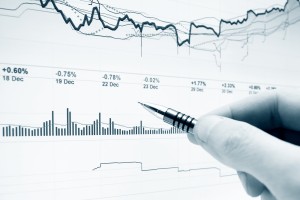 Attempts to Give Us the Numbers

We Want to Know:

As real estate professionals and potential customers, what do you think?

Would you like to have the option to look up agent’s performance indicators?

Agents, would you like to have the option to make your statistics public?